Have an “Emily in Paris” Tour

The fictionalized vision of Paris — sanitized for the most critical — is in one of the most watched series of the moment, an American comedy-drama streaming television series created by Darren Star, which premiered on Netflix on October 2, 2020. The series stars Lily Collins as the eponymous Emily, an American who moves to Paris to provide an American point of view to a French marketing firm. There, she struggles to succeed in the workplace while searching for love and experiencing a couture clash with her “boring” and mundane Midwestern US upbringing. There are those who loved it, and those who hated it. The hit series “Emily in Paris“, on Netflix, unleashes passions and perpetuates fantasies about the City of Lights from beret to French “bon vivant”. Indeed, the clichés on French gastronomy, Parisian elegance, art de vivre and Paris beauty make you want to come here.

So let’s take an Emily-inspired tour : 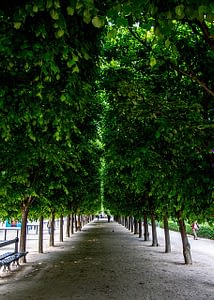